You Are Bad at Your Job!: A First-Hand Account of the Travesty at Madison Square Garden 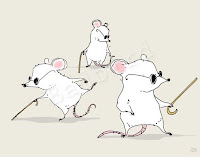 The title of this post sounds like a book, and I could definitely write 100 pages about my experience attending the game at Madison Square Garden on Thursday night, but it's more there to outline what I spent a good part of the night screaming at the referees.  "You Are Bad at Your Job," and other not-so-polite things could be heard throughout the incredibly empty arena.  But let's start from the beginning, as I'm sure you are all interested in the overall environment at MSG.

While I'm frequently in New York for work and only one block away from the arena, I hadn't been to a game there in almost two years (Knicks vs. Magic shortly after the Carmelo trade).  The stadium is currently under a much needed renovation, but the updates are very nice.  Honestly, I didn't even recognize the seating areas as they've reduced some of the walkways in order to pack in more comfortable seats.

I sat right behind the basket, but sadly near the Villanova band.  I know Erik touched on it already, but it was pretty strange to see a bunch of urban high school students wearing Purdue shirts playing our fight song with such low enthusiasm.  Not to knock the kids, I'm sure it was a great experience for them, and I'm thrilled they had the opportunity, but when comparing that to the Nova band which made the trip (along with their cheerleaders), it definitely felt like a road game, not a neutral site matchup.

When I arrived early to catch the second half of the Oregon State vs. Alabama game, I was shocked at how empty the arena was.  That was a comment I heard from fans throughout the night.  They see more people in the stands for city high school games.  There were a few Oregon State supporters, and a handful of Alabama red, but not much (and over 75% of the people there weren't even wearing apparel for any of the four teams playing).  There also weren't many Nova fans or Purdue fans, but it's NYC, there are plenty of things to do more fun than watching two college basketballs teams who you don't care about play.

During the intermission, all the Bama and OSU fans left, and I saw a lot of Purdue fans show up (unfortunately most weren't sitting near me, except I did see the alumni clubs of NYC and New Jersey there) and for a while I thought we'd outnumber Nova fans.  But I was wrong.  We weren't outnumbered that badly, but a lot of Nova fans showed up late and let's just say, I don't think much of their fanbase after this experience.

For the first half, with Villanova leading for the majority, the Wildcat fans were unenthusiastic, preoccupied with their conversations, and about the opposite vibe I'd expect from a college basketball game.  It felt more like a Knicks game, when half the people don't even care what's happening on the court.  Fortunately this wasn't the case for Purdue fans who were very into the game, but all that resulted in was annoying mocking by the Wildcat "faithless."

The Nova fans finally got into the game in the second half, only after Purdue took a lead and started playing more physical, which was responded in kind by the Wildcats vastly more thuggish play.  I'm going to be perfectly honest.  Many (not all) of the Villanova fans in attendance near me were douchebags.  I have nothing against the school, and I'm sure they have some really great fans, so maybe it's because I sat amid a subset of Villanova fans who live in New York City (and I work with some great New Yorkers, so it isn't an NYC thing).  They were crude, obnoxious, profane, and didn't really understand the game of basketball.  They heckled their own players, criticized the Purdue faithful for booing the refs (seriously?! Did they think the officials were good?!), and laughed when Terone was bodyslammed to the floor and smacked repeatedly in the head.  Disgraceful. 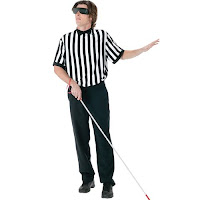 But the fans weren't as disgraceful as the referees.  Thanks to Jumbo Heroes, you can see links to the three officials who should all be suspended, including one who refs in the Big Ten, Bo Boroski, you sad, sad man with a ridiculous name (Bo-Bo, really?).  I sometimes pick on the refs too much, but in recent years I've tried to make sure I never blame them for a loss.  There are always things the Boilers could do to win despite poor officiating.  For last night's game, you could say that would have been scoring on the final possession of regulation, where Ronnie airballed a three-point attempt.  It's true, running the offense (which Matt Painter teams tend to be horrible at for game ending possessions) could have resulted in points and a win, but Villanova still would have had a chance to win or tie.

In this situation, blaming the refs for the loss is exactly the correct thing to do, that's how bad it was.  Erik texted me frequently to let me know that the TV announcers were as shocked and appalled as I was, but I don't think anyone watching on TV can fully understand the ineptitude we saw in person.  Throughout the first half, the officials were inconsistent and horrible for both teams.  Those games happen, and you fight through them, which is exactly what Purdue did, but then, once gaining the lead in the second half, it's almost like the three blind mice decided that it was in their best interest to do all they could to make the game close again and put Villanova on the free throw line.  The Boilers were bludgeoned, and I'm not using that term loosely.  The overtly physical fouls that were not called made me sick.  I'm not going to even get into the DJ Byrd flagrant, since Erik covered that already.  Despite if it was the right or wrong call by the letter of the law, it didn't match any of the calls made throughout the second half, as there would have been multiple flagrant fouls called on Villanova if the refs had been paying attention.  It made no sense, and their inability to properly evaluate the video replay should contribute to banning them from future games.

But to make matters worse, it wasn't just calling fouls that made the officiating so frustrating.  I counted six travelling violations on Villanova in the final five minutes that weren't called (I was sitting behind the basket they were shooting towards, not sure how obvious they were on TV), and even the Nova fans around me started laughing at the moves their players were getting away with. There was a plethora of moving screens, over the backs, and the list goes on and on.  I just don't understand how someone can perform so poorly at their job and that it is acceptable.  It ruins the integrity of the game, sport, and profession.

I'm done ranting. I'm proud of the Purdue fans that were present.  They were classy, cheered hard, and booed the referees mercilessly when it was quite deserved.  Here's hoping we get better officials against Oregon State today.  I'm sad that I'll be stuck on a plane and not there in person, but it's probably good for my faith in humanity to sit this one out.
Tweet
Posted by Kirk at 12:58 PM