The NCAA basketball season kicks off on Friday!  I don't know if I've ever been this excited for a Purdue team that's projected to be middle of the pack in the Big Ten (OK, maybe I was five years ago).  This is due both to my love for college basketball and the fact that the football season is a joke.  While looking through the Boiled Sports archives for that link above, I found this post chronicling the apathy we were all feeling back in 2007.  The football team was falling far short of expectations under a checked-out Tiller regime, and the Baby Boilers were giving fans something to be excited for.  It's kind of interesting that five years later we're in a similar boat: exciting new freshmen injected into the basketball program to get our minds of a dreary end to the football season.  'Tis life as a Purdue fan. 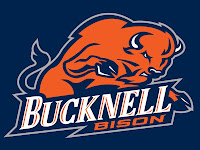 Now Bucknell comes to town for our first look at the new version of the Baby Boilers (consider this the last time I call them that).  It will be a serious test right off the bat for Purdue, because the Bison are no cupcake.  Coming off a 25-10 season and a trip to the NIT, Bucknell returns all but one player and starts four seniors.

This will also be the first game of the 2K Sports Classic, however the outcome doesn't impact the future games on the schedule.  Win or lose, Purdue will host Hofstra on November 11 and then head to New York to meet Villanova and either Alabama or Oregon State. I'm excited that I'll be at the Villanova game at Madison Square Garden next week!

Why Purdue Will Win -  If Purdue can shoot even remotely as well as they did against Newberry, this game shouldn't be terribly close.  Purdue should win in the speed and pure talent department on Friday, but they'll need to play strong defense and close out on Bucknell's shooters.  While Bucknell features a really good big man, Mike Muscala at 6'11", he's their only real threat inside so a steady rotation of big Boilers could give him lots of trouble.  Bucknell also doesn't rebound particularly well, so expect Purdue to win that battle if they are going to get the victory.  Terone, little AJ, Ronnie, and Rapheal should have big nights slashing to the basket and making the offense flow, both in halfcourt sets and in transition.

Why Bucknell Will Win -  The Bison feature athletic players with normal size, so this team isn't small at all. Muscala has NBA-potential, so he could have a big night getting Sandi and AJ in foul trouble.  Bucknell also shoots pretty efficiently, and we all saw (or more likely listened to) how the Boilers almost lost an exhibition game to Montevallo when the opponent got hot from behind the three-point line.  If the Bison play disciplined basketball, they could win the turnover battle too against this young and sometimes sloppy Boilermaker team.  A veteran squad with good shooting, a strong inside presence, and that doesn't turn the ball over much?  Sounds ripe for an early upset.

One thing you absolutely need to know before the game -  We're going to sound like a broken record here after a while, but for the third straight game, you can't watch this one live on TV!

The game is on Big Ten Digital Network again, meaning you'll need to pay to watch it.  As we mentioned earlier in the week, it's a monthly subscription, and  the Hofstra game is on BTDN as well on Sunday.  I agree that it completely sucks to have to pay $9.95 to watch it on the computer when you're already paying to get the Big Ten Network from your cable provider, but them's the breaks.  After last season's issues between Purdue and BTN, it's really no surprise they're screwing fans over again.

If you can't watch it online on Friday night, the game will be rebroadcast on BTN at 8pm on Saturday.

Our Picks - We like to think we're better than Vegas.  So throughout the season, we'll be "betting" a whole dollar amount versus the spread between $1 and $32, but we can't repeat the same value twice.  At the end of the year, we'll see if we would have made enough money to make a move to Vegas worth it.  The spread for this game is Purdue by 4. 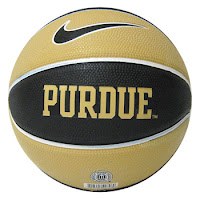 Boiler up, it's basketball season!
Tweet
Posted by Kirk at 10:48 AM