The thing that makes me most frustrated as a Purdue fan is that this would have been by far the easiest year to win the Leaders division and make the title game in Indianapolis.  With Ohio State, the clear top team in the division and conference, ineligible for postseason play and Penn State, easily the second best team in the division, also ineligible, all Purdue had to do was finish first among four teams. 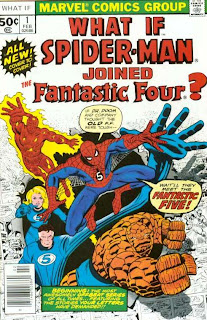 We knew that Illinois was going to be bad this year, and they've lived up to expectations and are winless in the conference.  We knew that Indiana had the chance to win a couple games, but no one outside of southern Indiana really has much faith that they are any better than that.  So it was down to Purdue and Wisconsin, with Wisconsin being the heavy favorite and Purdue the wild card.

We all know how fantastic that wild card performed so far this season.  Winless in the conference, the team is in shambles, the coaching staff are about to get the ax,  yet people are still humorously talking about bowl eligibility, like that's something special to finish 6-6 again with the year being a total failure regardless.  This would be a horrible year for the Boilers in a vacuum, but it's worse because Wisconsin didn't run away with the Leaders division amid the Purdue/Indiana/Illinois failures.

Wisconsin is only 3-2 in conference, with wins over hapless Purdue, Minnesota, and Illinois.  Wisconsin isn't bad by any means, they've won the conference games they should by decent margins, and they narrowly lost to Nebraska and Michigan State by three points each, games the Badgers could have/should have won if not for late collapses.  But still, they are terribly vulnerable, and with games left against Penn State and Ohio State, all Purdue may have needed was a .500 record in the Big Ten.

Sadly for Purdue fans, Wisconsin's lack of punch leaves the door open for Indiana to challenge for the division title.  With three games left to play, things can get a little crazy in the division, so let's take a look at what might pan out (only because after last night's election fun, I'm still in the mood for playing with numbers and odds).  I've listed the games remaining and the likely result for the featured team.

Indiana's final 3 games (2-3):
Wisconsin (L, see above))
at Penn State (L)
at Purdue (L, only because it's all Purdue might have to play for this season, and it's at Purdue)

This slate would result in Wisconsin finishing with a 4-4 record and winning the division, with Indiana and Purdue each at 2-6.  It's also perfectly feasible that the Hoosiers win the bucket this year, finishing at 3-5 with Purdue a putrid 1-5.  Pretty sad that a team makes the title game with a .500 record.  But here's where it can get really crazy.

Let's run through that slate again with different results:


Wisconsin's final 3 games (3-2 in conference):
at Indiana (L, this could certainly happen since the Hoosiers are playing everyone close)
Ohio State (L)
at Penn State (L)


In this scenario, all three teams finish with a 3-5 conference record!  A team with a losing conference record would have to play in Indianapolis, and if that team was IU, they wouldn't even be bowl eligible at 5-7.  So who would get to go to the title game?  Wisconsin beat Purdue head-to-head, who beat Indiana, who beat Wisconsin.  Per the official Big Ten tiebreaker procedures let's go through the process step by step.

Tiebreaker 1: The conference records of the three tied teams will be compared against each other

Each team will be 3-5 in the conference as previously stated, let's move on.

Tiebreaker 2: The records of the three tied teams will be compared within their division

Tiebreaker 3: The records of the three teams will be compared against the next highest placed teams in their division in order of finish (4, 5, and 6)

In this fluke of a season, these aren't three teams tied for first place, they're actually three teams tied for third place behind Ohio State and Penn State, who are ignored because they are not post-season eligible.  The rules don't clearly state if they'd compare their joint records against Ohio State first or Illinois, who finished sixth, but unsurprisingly, it doesn't matter!  Each team would have lost to Ohio State, lost to Penn State, and beaten Illinois, so there's no separation there no matter the order of comparison.

Tiebreaker 4: The records of the three teams will be compared against all common conference opponents

Wisconsin didn't play Iowa, so that comparison's out. Indiana didn't play Minnesota, so that's moot.  There is no common Big Ten opponent between the three teams, so we move on to the next tiebreaker. 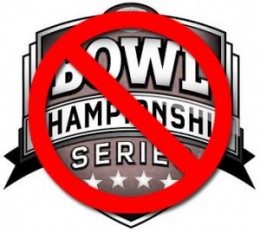 Tiebreaker 5: The highest ranked team in the first Bowl Championship Series Poll following the completion of Big Ten regular season conference play shall be the representative in the Big Ten Championship Game, unless the two highest ranked tied teams are ranked within one spot of each other in the BCS poll. In this case, the head-to-head results of the top two ranked tied teams shall determine the representative in the Big Ten Championship

This tiebreaker doesn't help because none of these teams would be getting any votes as a top 25 team in any poll, and thus the BCS poll would not factor them in at all.  They'd be unranked, unvoted, and unworthy of this potential tiebreaker.  Try again!

Tiebreaker 6: The team with the best overall winning percentage [excluding exempted games] shall be the representative

It would take six of the seven levels of tiebreakers to make the decision, which is simply amazing.  Interestingly, if IU had beaten Ball State or Navy earlier in the season, then all three teams would have been 5-6 against the FBS, so it would have gone to the final tiebreaker, which I want to share just for my own personal enjoyment. 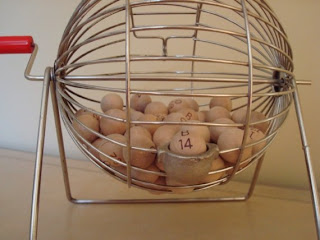 Tie Breaker 7: The representative will be chosen by random draw

Random draw between three bad teams for a chance to be one win from a BCS bowl.  I would have loved to see that televised with all three coaches present!

And now, let's do this entire thing again and assume Illinois wins out.  I kid, I kid, that'll never happen.
Tweet
Posted by Kirk at 11:22 PM

Email ThisBlogThis!Share to TwitterShare to FacebookShare to Pinterest
Labels: Big Ten, Football, Leaders Division, What If