The Boilers head to the Big Apple this week to take on Villanova in the 2K Sports Classic.  I love these early season tournaments because they feature some fun match-ups you'd never see otherwise (enjoyed watching Duke beat Kentucky and Michigan State take down Kansas tonight). 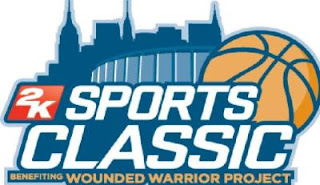 Overall, there seem to be a lot in common between Purdue and Villanova.  Both teams feature a lot of young players yet have decent size that allows for different lineups.  Last season, Villanova had a rough go of it, with only 13 wins, which include a mere four in conference play, and they lost two leading scorers, similar to the Boilers.  This early in the year, each team has a lot of inconsistency as players are trying to define their roles and freshmen adjust to the college game.  I expect it to be a close battle and not necessarily a pretty game.


Why Purdue Will Win -  Because I flipped a coin and heads came up. Villanova can get into problems with their turnovers, so if Purdue can get over the spectacle of MSG and not make stupid mistakes, they have a shot.  It'll take strong leadership from Terone and DJ to overcome the freshmen jitters, and Purdue's slate of big men will have to play strong interior defense and win the rebound battle. 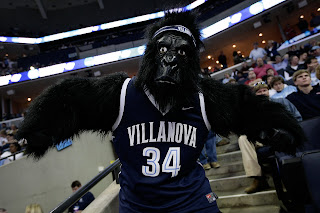 Why Villanova Will Win -  Because I flipped a coin and tails came up.  Villanova does a good job getting to the basket and drawing contact.  They make those fouls hurt their opponent even more by shooting a high percentage from the line.  Purdue has the athleticism to keep up with the Wildcats, but the traditional Boiler defense hasn't been as beastly as years past.  Villanova is more used to this environment and is playing closer to home, so if they can limit their turnovers and continue to attack, then it could be a long night for Painter and crew.

One thing you absolutely need to know before the game -  Look for yours truly going crazy in the stands during the game.  I'm quite excited to be in New York for some work events that happened to coincide with Thursday's game.  Unfortunately I won't be going to Friday's game, but seeing the Boilers at Madison Square Garden is going to be lots of fun.  I'm interested to see how many Purdue fans turn out, since tickets weren't very expensive and Villanova has a significant home crowd advantage.

Our Picks - We like to think we're better than Vegas.  So throughout the season, we'll be "betting" a whole dollar amount versus the spread between $1 and $32, but we can't repeat the same value twice. The spread for this game hasn't been listed yet - intrigue! It seems like the point spreads don't come out until the day before the game, and we want to get you, our dear readers, have these previews to read further ahead of time. We'll assume it's a toss up game to Vegas. [UPDATE: Spread is Purdue by 1.5 - Erik doesn't want his undefeated record tainted by a fake spread...he's also updated his bet accordingly.]