The Crossroads Classic is tomorrow and both games feature teams who look to be competing for tourney spots in March.  As a public service announcement, the Purdue game is the second game of the doubleheader, meaning if you're DVR'ing the game, make sure to add 2 hours onto the recording (instead of the normal 1) in case the IU/Notre Dame game happens to go to overtime.  If it happens, you'll thank me later!


Quick, give me the quick details on why Purdue will beat these guys:
While Butler already has a couple of decent wins on the year (Princeton, Vanderbilt, Washington State), they've been anything but dominant (maybe best shown in their one-point win over Ball State).  Arguably their best showing was in their two-point loss to Oklahoma State, which happened to be the opponent of one of Purdue's best showings as well.  This is a very even matchup and I'm excited to see how the Boilermakers deal with the Bulldogs.

The key to beating Butler is to handle the three-headed monster of Kameron Woods (10.3 ppg/8.9 rpg), Khyle Marshall (17.0/6.6), and Kellen Dunham (18.7/4.1).  All three are 6'6" or above, so expect guys like Kendall Stephens to have their arms full on defense.  If Stephens can stay out of foul trouble and the Boilers can play solid D, expect a low-scoring brawl that comes down to free throws.  Butler's 67% is slightly better than Purdue's 64.8%, but the key here will be whether the Boilers can foul someone other than Dunham, who is an 80% FT shooter.

Speaking of free throw shooting, if you have a Gold and Black Illustrated subscription, check out this article.  Apparently Purdue is shooting 39.3% on free throws in "And-One" situations.  UNDER 40% from the line!  Missing those are huge momentum killers - hopefully the Boilers turn it around starting tomorrow.

The Boilers snuck by their nemesis Eastern Michigan on Saturday and they're awfully glad to be past this one.  Purdue held the lead for nearly the entire game, but couldn't put the Eagles away due to poor free throw shooting.  23 for 38 from the charity stripe is not the worst shooting ever, but when that includes Bryson Scott going 8 for 9 in the last 3 minutes, you realize how awful it really was.  Give major credit to Scott for icing the game...and for the rest of the team for scoring 69 points against a tough zone defense.

While not better than the win over BC, this is by far the second best win of the season and a game that could have definitely gone the other way.  However, a decent outing from the free throw line from everyone not named Scott, and this would have been a comfortable win.

Purdue has only one "cupcake" game left (not that they've made a habit of destroying the cupcakes), so enjoy these wins while you can.  The schedule ramps up soon.  Very soon...

After seeing the Boilers finally put two solid halves together against Boston College, play with consistent energy and heart, and win yet another ACC -Big Ten Challenge, they'll take on another formidable opponent on Saturday when the Eastern Michigan Eagles.

What, you don't think EMU will be a tough win?  Then clearly you forget about last year's loss in Ypsilanti.  That game was a shocking display of Purdue turnovers and abysmal shooting.  Hopefully playing in Mackey will be a little more favorable for the good guys.

Just like last year's game, this one will be on ESPN3, so get excited to stare at your laptop screen and crappy feed and announcing.

Quick, give me the quick details on why Purdue will beat these guys:
I famous sage once said, "Fool me once, shame on — shame on you. Fool me — you can't get fooled again."  Painter will have this team ready on Saturday, and if they click anything like Wednesday night, beating the Eagles shouldn't be a problem.  Eastern Michigan is 5-2 with their only losses coming to ranked Kentucky and UMass teams, but their wins haven't been anything special, coming against pretty horrible teams (insert jab about Purdue's wins here).

There's only one snag, and a snag that can really get ugly: EMU plays a zone defense.  While Painter may not be the worst coach in the world against a zone, he's not great, as the team rarely practices against it with their man-to-man defensive focus.  So this game could be closer than it looks on paper, but the Boilers still have significantly more talent than the EMUs and as long as the don't have a horrible shooting day (including the FTs) and don't get sloppy, they can notch a win.  Hopefully Stephens is ready to shoot the lights out.

I suppose this is the GoBoilers.net 2013 season postmortem.  Consider me happy not to have to think about Purdue football this Saturday, or for many more Saturdays to come.

So what can I say about the Bucket game and entirety of a worthless season? 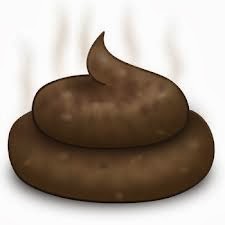 That sums it up pretty well.  The season is over, let's forget it ever happened.

To the entire coaching staff: we're not on speaking terms until you beat two directional Michigan teams in 2014 to start 2-0.  Anything less, and you should resign.  You have nine months to get this train back on track.

It's Purdue's 2nd game in a week on the Duece and a vital one for the Boilers to pull out.  After a dramatic 16-point come from behind victory against Siena (!), in which Purdue finally took the lead with under 30 seconds left, room for error is particularly small.  While losses to Oklahoma State and Washington State won't keep the Boilers out of the tourney, a lack of good wins will.  Boston College is in the same boat as Washington State - a mediocre power conference team that would be a decent win but nothing to write home about.  The problem for Purdue is that they have ZERO decent wins.  In fact, every win is against a team outside of Ken Pomeroy's top 200.  The Boilers have to start picking off some teams that will actually help them a bit in the RPI.  It starts tonight.

Quick, give me the quick details on why Purdue will beat these guys:
Boston College has losses to Providence, UMASS, and Toledo, none of whom are world beaters (although UMASS is pretty decent this year).  However, a close loss to UCONN surrounded by 3 wins (including one against Washington) give the Eagles some confidence heading into this one.  In order to pull it out, Purdue must shut down guard Olivier Hanlan and forward Ryan Anderson who have combined for over 40 points per game, while keeping Joe Rahon quiet from 3-point range.  BC has quite an offensive arsenal for being a basement team in their conference, so expect Purdue to score and score often.  I fully expect the Boilers to run, attempting to get a number of transition buckets.  If the running game isn't working, the Boilers may not have enough firepower to pull it out.

Mackey should be looking pretty cool tonight according to this picture.  The gold and black shirts on national tv are always awesome - hope it gets the crowd into it.  Another thing to keep an eye on is the current ACC/Big Ten standings (heading into tonight, ACC is up 4-2).  This is among the last games in the event and could be the game that decides the winner.