It's a quick turnaround for Purdue as they got their hearts ripped out last night.  However, that doesn't mean tonight's game is any less important.  You can't call a game in mid-November a must-win, but this is as close as you can come.  Starting the season 1-3 with 3 losses against potential bubble teams would definitely hurt come March. 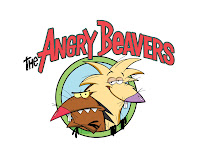 Why Purdue Will Win -  Purdue has more talent than Oregon State, but can they finally get over the hump in a close game?  After losing two close ones, the Boilers need to come out angry on defense and force Oregon State into numerous turnovers.  The Beavers committed 19 turnovers last night and still almost knocked off Alabama.  If Purdue forces 20, they'll win.


Why Oregon State Will Win -  This Oregon State team is better than a lot of Beaver teams in the past.  They have experience and an explosive scorer in Ahmad Starks.  Also, Devon Collier - a starter last year - scored 21 points off the bench last night and nearly willed the Beavers to a come back win against Alabama.  The Beavers have more size than Villanova, so expect the Boilers to have less success on the boards as well.  Finally, Angus Brandt is their senior 6-10 center from Australia.  No, he's not 300 pounds like you'd expect from someone named Angus, but he's nearly averaging a double-double in his first three games.  If Oregon State controls the glass and can play an offensively efficient game, the Beavers should pull this one out.

One thing you absolutely need to know before the game -  Despite nearly every pregame source stating this game is on ESPNU, I'm pretty sure this game is on ESPN2.  My online guide doesn't say, however according to the official ESPN TV listings, the game has been changed to ESPN2.  I wouldn't put my life savings on it (or even $32), but with many people recording a 5:00 pm game, I HIGHLY suggest recording both channels if possible.  Many providers now offer online DVR access, so logon and set that DVR!

Our Picks - We like to think we're better than Vegas.  So throughout the season, we'll be "betting" a whole dollar amount versus the spread between $1 and $32, but we can't repeat the same value twice. The spread for this game is Purdue by 1.