After an absolute disaster in New York in the 2K Sports Classic, the Boilers return to Mackey Arena to hopefully beat up on the UNC Wilmington Seahawks.  It's very clear this team needs a lot of work, and while there's still potential for the players to develop and better gel as a team, if they don't figure things out quickly, conference play will be here before they're ready.  Wednesday's game should be a chance to work on things like actually running the offense, stopping the turnovers, and watching the fouls, though we know the free throw woes are going to last all season.  Also, it would be nice to see DJ Byrd and the Johnsons start hitting their outside shots at a higher percentage, and they should have the opportunity since UNCW will likely have to pack the paint to try and stop the Boiler Bigs and slashers. 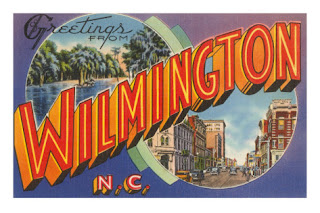 Why Purdue Will Win -  UNCW is a bad team.  Even with the Boilers' struggles, there's no excuse for this game being remotely close.  Wilmington has lost by 43 points to Richmond and 38 points to Ohio, both on the road.  They are turnover prone and shoot poorly, which sounds a lot like the Boilers, however, the talent gap is quite large and the Seahawks are a bit undersized (and guard heavy with their rotation).  Purdue should win the rebound battle and be able to score inside, as long as they figure out how to actually run their offense.  Think AJ Hammons will drop another 20 points?  Definitely possible, but I expect the rotation to still be deep with lots of players getting minutes against a weaker opponent.

Why UNC Wilmington Will Win -  In a previous game this season, the Seahawks went 19 for 19 from the free throw line.  Maybe the Boilers can learn something from them this time, but we all know the refs can sometimes get carried away with one-sided whistles.  If UNCW can protect the ball and get Purdue in foul trouble, they have a shot of making this a closer game.  Still, to have a chance to win, they'll need to also get hot shooting despite hitting less than 38% of their shots this season, and don't expect it to be from downtown as they're just as bad as Purdue in that regard (26% and 25% respectively).

One thing you absolutely need to know before the game -  Hopefully the game isn't even remotely close, since anything else would be quite disappointing.  If you're in the Greater Lafayette area, take a kid to the game.  Tickets for kids 14 and under are only five bucks (with the purchase of an adult ticket).  With the students on Thanksgiving break, Mackey will probably be pretty quiet missing the Paint Crew, so take some loud and rowdy kids to scream and shout for the Boilers.

Our Picks - We like to think we're better than Vegas.  So throughout the season, we'll be "betting" a whole dollar amount versus the spread between $1 and $32, but we can't repeat the same value twice. The spread for this game is Purdue by 20.5 points.