Another week, another Boilermaker let down while traditional conference powers Ohio State, Michigan, and Penn State continue to look good and make us think it's the 1990's again.  There were four games featuring teams in the conference that were decided by a combined four points at the end of regulation.  That's some crazy close action, so at least the Big Ten has that going for it.  Exciting mediocrity! 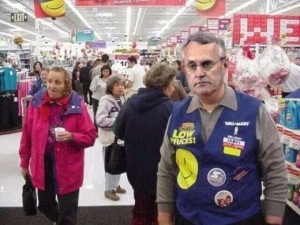 Because I'm late with the power rankings this week, I've decided to nix the fan pictures.  It's also really hard to continue to find pictures of sad Purdue, IU, Minnesota, and Illinois fans, and at least next week two of those teams will get their first conference win of the season.  Instead, I'll just feature a picture of the best Ohio State fan I could find, since they still top the rankings.

On to the rankings, where I start dying a little inside.

Good thing I didn't start making these power rankings with under one minute to go in the game last week.  We all know the craptastic events that took place, so even though they barely won, Ohio State still remains undefeated and the top team in the conference.  Joy.

Michigan barely beat Michigan State, which isn't special in a vacuum, but this is the same Spartan team that's had their number for the past four seasons.  The Wolverines have a big showdown in Nebraska this weekend for first place in the Legends division.

Penn State crushed Iowa.  Does Bill O'Brien have a shot at winning coach of the year?  I hate when people pose these questions halfway through the season.  Let's see if the Lions can beat anyone good first.  They still have Ohio State (this weekend), Nebraska, and Wisconsin on the schedule.  I win at home against Ohio State this weekend may vault them to the top of the rankings, but my money's on OSU.

The Badgers crushed Minnesota (who looks worse each week after starting 4-0...typical) and ran for 337 yards.  Looks like they are back to full speed after pounding Purdue with a firm grasp on the Leaders division title.  It would take an epic collapse for Wisconsin not to play in Indianapolis, and their next two games are very winnable against Michigan State and Indiana.

The Huskers had to come from behind to beat Northwestern by one point, and as I watched the end of this game, it really seemed like the Wildcats just rolled over while Taylor Martinez looked unstoppable, finding open receivers at will.  Overall, Nebraska seems like it can flip a switch and look like an offensive juggernaut or simply plod along like the rest of the Big Ten, showing only occasional flashes of brilliance.  And the defense is either adequate at best (against Wisconsin and Northwestern) or a wreck (against UCLA and Ohio State).

The Wildcats lost by one point to Nebraska in a heart breaker, after having a 12-point lead with six minutes remaining.  People are eagerly jumping off the NW bandwagon since it looks tougher for them to win their division, but they still have a fighting chance.  They only fall one spot in the power rankings because they've still proven a lot this year in the non-con schedule and deserve to be in the top half of the conference.  However, their only Big Ten wins are against Indiana and Minnesota, so they'll need to make a statement at home against Iowa this Saturday.

Iowa got destroyed by Penn State at home, scoring their only points after being down by 38 in the fourth quarter. Vandenberg was once again atrocious at throwing the football, and the ground game only had 20 net yards.  You read that right.  Twenty yards rushing on 23 carries.  They made Penn State look like Joe Pa was still in his prime instead of rotting in the ground (Too soon? Not at all).  Thumbs down to me for giving the Hawkeyes far too much love last week for beating MSU on the road.  They had me fooled, but we also realize how much worse than anticipated Michigan State is each week that passes.  Speaking of...

The Spartans almost beat Michigan (for the fifth straight season) in a tough road battle, but they blew it at the end, as crappy teams tend to do.  Their defense played very well, holding the Wolverines to only 326 yards (fewest to only Notre Dame's defense), but the offense continues to be inept.

Congratulations on holding the Badgers to fewer than 400 rushing yards.  The Boilers couldn't do that, but your end result was almost identical.  Welcome to Sucksville, population Gophers, Boilers, Hoosiers, and Illini.

Purdue played a much closer game against Ohio State than many expected, but it was a familiar result.  Once again the Boilers grab defeat from the jaws of victory.  Due to their valiant effort for 59 minutes against the Buckeyes, Purdue actually moves up one spot in the rankings but that's mostly because IU...

Lost to Navy?! Are you serious?  After playing close games against Ohio State, Michigan State, and Northwestern, I thought the Hoosiers would easily handle the Midshipmen.  I was wrong.  A Navy team that lost by 40 points to Notre Dame and 27 points to Penn State was able to come from behind and beat IU.  At least I have something to celebrate in the evenings after these horrible Purdue losses.

I was tempted to move the Illini above Indiana this week, despite being on a bye, since losing to Navy is that pathetic, but deep down in our hearts, we all know that Illinois is just really, really horrible this season.