What an exciting week of conference action!  Even though Purdue was the lone Big Ten team battling a non-con foe, their game was just as exciting.  We saw some of the questionable conference teams rise to middle, the poor get poorer, and Michigan State fall at home to a ranked opponent yet again.

On to the rankings, where we feel dirty switching out our top team, choosing cheaters over scholars.

The Buckeyes take over the top spot after beating Michigan State on the road by one point.  It's pretty sad when your conference's top team isn't even eligible for the postseason, but we'll see if Ohio State can make count late in the season when they have nothing to play for.  Braxton Miller had a good game against the Spartans, running great (136 yards on 23 carries) and throwing decently (16/23, one TD, one pick).  The defense was stout against MSU, but maybe that's more telling about how bad the opponent's offense was.  Either way, we'll repeat it for the fifth straight week: stop Miller on the ground and OSU is beatable; let him run all over you and you'll probably lose. 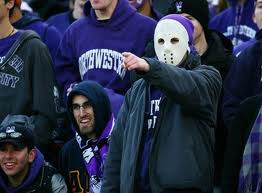 The Wildcats fall a spot after letting Indiana get a little too close for comfort.  I still expect them to start 7-0, and the two-headed QB monster of Siemian and Colter continues to look good. Colter ran for 161 yards on 14 carries and Venric Mark had 139 yards on the ground.  Of course, this was against a horrible IU defense, but getting 704 total yards is very impressive for Northwestern. Their defense, however, got lazy, let the Hoosiers back in the game, and could be their undoing against the stronger conference teams in a few weeks.

I was expecting a big win at home against Wisconsin, but Nebraska just barely squeaked one out.  Boilermakers across the nation, hug a Husker if you see one, because the Wisconsin loss greatly helps Purdue's chances to win the division (I hope!).  The Nebraska defense was bad in the first half, but then great in the second, and the offense rallied just enough behind Taylor Martinez and the backfield duo of Ameer Abdullah and Rex Burkhead. 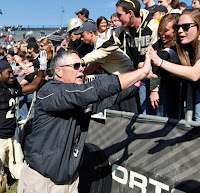 Purdue had an amazing first half on both sides of the ball to put enough distance between themselves and Marshall, despite the Herd's dizzying offensive attack.  This was a potential trap game, and the Boilers escape and await a showdown with Michigan this weekend.  Also, I dare you to find a more excellent five minutes in football than what Purdue produced in the second quarter.

Michigan had a bye week, which gave them lots of time to prep for Purdue this weekend.  Should be a big game in West Lafayette!  Maybe Denard Robinson studied up on how not to throw interceptions.

The Spartans fell a spot after losing a close game against Ohio State. A one-point loss at home against the conference's top team isn't demoralizing, but watching the MSU offense sure is.  They can't seem to get anything moving, in the air or on the ground. Le'veon Bell ran less effectively than a 40-year old woman.  The defense once again played like they've been hyped, forcing three turnovers, but there are major concerns placing Michigan State in the top tier of the conference, since they may not be able to score much all season against good opponents.

The Badgers move up one spot after nearly beating Nebraska on the road.  I thought the Huskers would easily handle Wisconsin, but those northerners proved that they are still vying for the division title and a trip to Indianapolis.  The Badgers were up 20-3 in the second quarter before the Nebraska offense started to get going and chisel away at the lead.  At halftime I was pretty disappointed, as I honestly believed Nebraska was done and Purdue's chances of winning the division were going to take a major hit, but the Wisconsin defense wore down, and the offense failed to score for the final 25 minutes of play.  That had to drive the cheeseheads crazy, as Wisconsin is showing flashes of their superior talent but failing to put it all together in big games. 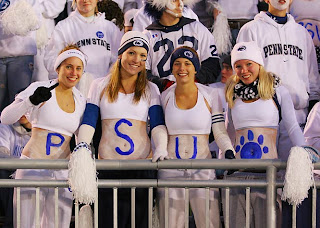 Beating Illinois doesn't really win you many points, since the Illini are horrible, but Penn State moves up one spot as they appear to be figuring out their offense.  Matt McGloin is getting better, and Mike Mauti had two interceptions and really stuck it to Illinois, after criticizing them in the off-season for recruiting potential transfers on Penn State's campus.  I agree that Illinois's coaching staff deserved that beat down. Iowa is no longer a laughing stock after easily beating Minnesota, but they still aren't worthy of a bigger jump in the power rankings.  Vandenberg didn't do much wrong, and the Hawkeyes held onto the football while playing tough defense and forcing four turnovers.  They aren't going to challenge for their division, but they could definitely pull some upsets this year.  Here's hoping the Boilers aren't one of them!

I'm dropping the Gophers pretty low this week since they were finally exposed after losing to Iowa 31-13 (and they were down 24-0 at halftime).  I was afraid it was going to be one of those years for Minnesota, where they easily handle their non-conference schedule, only to falter against real competition in the Big Ten. Max Shortell is not the answer at quarterback, throwing three interceptions and not getting enough done on the ground with his rushing attempts.

Indiana gave Northwestern a scare, losing by 15 in Evanston, but they were down 27-0 in the second half before the Wildcats turned a little mild.  Kevin Wilson is going to have trouble deciding which quarterback to play, and while the offense can certainly score, the defense isn't stopping anyone.  Northwestern had 704 total yards, yikes! 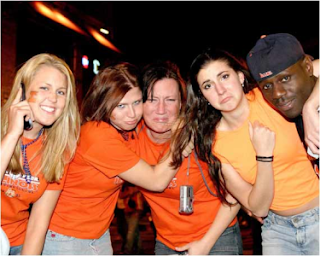 After getting blown out the week prior by Louisiana Tech, which led me to place them last in my power rankings, Illinois did me proud and got smoked by Penn State.  Lots of turnovers, inconsistent passing, and too much reliance on Scheelhaase, and the Illini fall at home to an improving, but still mediocre, Nittany Lion team. It really is a two-team race in the Leaders Division, and Illinois is wretched.