Heart of Dallas Bowl Recap - At Least It's Over

If you're reading this, I assume you're a Purdue fan and that you don't live in a cave.  The wifi sucks in caves anyway.  Therefore, you already had the opportunity to watch, listen to, or read about the results of the Heart of Dallas Bowl this afternoon.  Yep, the Boilers ended their disappointing season with another steaming pile,and hopefully you didn't waste three hours of your day off watching the futility on the field.

It was appropriate that Purdue was a huge underdog against Oklahoma State, a team that had some quality wins and that basically got screwed to have to play in such a lowly bowl.  Meanwhile the Boilers were just happy to be there, getting bowl eligible with three straight wins against non-bowl competition.  Still, I expected this game to be FUN to watch.  Since the results of 97% of bowl games don't really matter (do the math), if the game isn't entertaining, everyone has failed.  Even if the teams aren't evenly matched, trick plays, energized seniors, fun climates, and risky coaching decisions can make for some compelling viewing.  Just look at the other Big Ten bowl games today that were far more interesting.

Both teams had nothing to lose, and we know the Cowboys would put up a lot of points.  I was hoping interim coach Higgins would go insane, calling every other play out of the NFL Blitz playbook.  Erik mentioned in his game preview that Higgins was ready for some trickery, and we certainly saw it with a fake punt from the Purdue 13-yard line on the first series of the game.  Little did we know that it would not only be the last fun trick play we'd see, but also the last good play for the Boilers for the next two hours.

Here's the quick rundown for those wanting to relive the agony of defeat:

OK, I have to stop.  I just can't write about this game anymore.  It was horrible, pretty meaningless other than to disappoint Boiler Nation, and likely won't be remembered very long by anyone who wasn't directly involved.  I'm very, very glad to be done with football for the season, and I hope it left a sour taste in the mouths of the underclassmen and they work twice as hard to not get embarrassed again.  I'm also excited to see what's next under Coach Hazell.  Next year's schedule is brutal, so I don't expect a quick turnaround, but I'm sure it will be a step in the right direction. 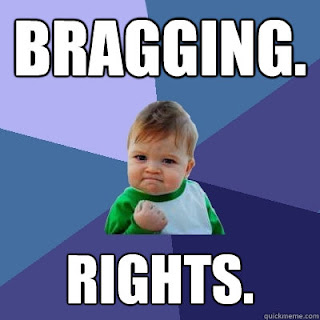 Picks of the Week Update - Final Edition
The final standings all came down to Erik'a pick.  If he was correct, he'd win the season series, but if he was wrong, I would stand victorious as king of the horrible bettors.  Thankfully, Erik was drinking the Gold and Black Kool-Aid, and predicted a narrow Cowboy victory.  Four points is a little bit less than 44, or so my math teachers tell me.

Therefore the season ends with Erik losing $268 while I'm at negative $80.50.  So we both suck, and my bookie will be making a stop outside Cleveland to collect or break some kneecaps tomorrow.  It's hard to bask in the glory of beating Erik when the game was so horrible, but I'll do my best. 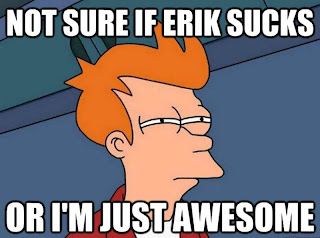 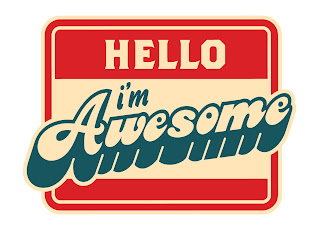