How about we decide not to play anymore games in the regular season?  If Purdue gets 5 additional votes every time we have a bye week, we'll be ranked in the final BCS standings.  Plus, an 0-0 (.500) conference record will probably put us in the Big Ten Championship game.  The Leaders division is horrible. 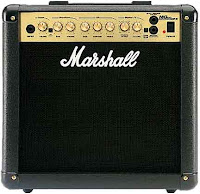 Why Purdue wins
Marshall may be leading the nation in passing yards (384 yards per game), but they haven't played anyone with Purdue's caliber of defense.  In fact, Marshall's first 4 opponents have given up an average of 30.8 points in 15 total games, while Purdue has allowed their opponents to only score 14 points per game*.  Purdue's offense should have no problem moving the ball against a poor Marshall defense while the defense should make enough stops to give Purdue a comfortable margin by the end of the 3rd quarter.

Why Marshall wins
Generally, Purdue's defensive strengths are considered to be on the defensive line and at cornerback. However, Marshall spreads the ball around as 11 different receivers have caught at least 5 passes in their first 4 games.  This will put extra pressure on Purdue's linebackers and safeties, which could expose a weakness in the middle of the field.  While Purdue's offense should still outscore Marshall's, special teams mistakes and turnovers could end up really costing Purdue.  Between missed extra points, boneheaded special teams errors, and the weekly interception inside our own 20, Purdue could let Marshall hang around long enough to make this a close one.  And if it's close in the 4th quarter, expect the offenses to dominate as the team with the ball last will pull off the victory.

#36 Monterius Lovett is a junior defensive back with 4 career interceptions.  He also appears to have a black sea urchin on the top of his head. If true, he is one tough dude as those things inject very painful venom through their spines.  I'm really hoping he doesn't get interception number 5 against Purdue since the folks over at BTN will surely create a horrible graphic with his cringe-worthy photo.  Keep it away from Number 36!


Picks of the week
Purdue is favored by 16.5. This week, Kirk and I will be betting the value of the last dessert we ordered at a restaurant.

Erik's Bet
I will be betting a Crème Caramel that I had a L'albatross in Cleveland.  At $6, you know it has to be good when they have the accent mark in the name. (Bonus GoBoilers.food foodie alert - if you ever find yourself in Denver, absolutely make it a point to grab lunch at Rioja, one of the top restaurants in the city.  I checked it out yesterday and had Gabe's Chronic Chicken Sandwich.  This may be the altitude talking, but it's $12 and may have been the greatest thing I've ever eaten.  Book your flight now!).

Adding 16.5 points to Marshall's already potent offense makes it difficult to take Purdue with the points.  I'm a bit concerned about this one, but after a sluggish start following the bye week, Purdue uses the Eastern Michigan formula and runs its way to victory.  Purdue 41 - Marshall 27

Three Final Things
1. Robert Marve and Ralph Bolden will not be playing this weekend, but the fact that Danny Hope even had to address the question is a remarkable sign that we may get to see them suit up within the next couple of weeks!

2. Big Ten season starts for 10 of the 12 teams this week, and most eyes will be on ABC at 3:30 pm for the OSU/MSU matchup.  However, the 8:00 pm Wisconsin/Nebraska game on ABC is the one Purdue fans need to be concerned about.  It's absolutely huge for Purdue's chances to represent the Leaders division in the Big Ten Championship game as it's Wisconsin's only cross-division road game (Purdue has two).  Consensus opinion has Indiana and Illinois out of the running, meaning only Wisconsin would stand in Purdue's way.  Go Cornhuskers!

* The statistician in me wants to strangle myself for using these flawed stats to prove my point.  These numbers barely mean anything unless you throw out overtime stats from Marshall's last game, tack on a strength of schedule coefficient, and remove touchdowns scored by the defense/special teams.  But, I've got a tight schedule this week, so we're going to go with it.  Plus, I'm waiting to pull out my advanced metrics for the Big Ten season.  Look out!
Tweet
Posted by Erik at 10:29 AM