It's Thursday night and I'm finally writing the recap for Saturday's heart-wrenching loss.  Why, you ask?  A number or reasons, I suppose, but mainly because I just finally watched the full game on my DVR.  It's been a busy week.

A primetime Saturday night game against our most hated (football) opponent, and I didn't watch it live?  That's what happens when one of your good friends decides to get married on a game day.  And they're both Purdue alums, the nerve. (full disclosure, the groom gave us ample warning and more than made up for it because he's a class act)

I was forced to follow the game on my phone from the dance floor.  It was exhilarating giving the DJ score updates so he could announce them to the crowd of revelers. There were lots of Purdue fans in attendance, but as it was a Catholic wedding in Indiana, there were plenty of ND fans, too.  Seeing their surprise made it even better.

As I listened to the radio broadcast on the way home, the game was still tight and ND was driving but the Boilers still had a 17-10 lead.  After unloading my sleeping kids (no easy feat), I turned on the game to see a  31-17 score.  What the heck?  I only missed about four minutes of regulation, and the last time I saw scoring that quickly, I was in a very different mood. ND finished their drive with a TD (no surprise), then after a lackluster Purdue possession, all it took was one pass for the Irish to take the lead.  A few plays later, a Rob Henry pick six put the nail in the coffin.

Like others, I felt as if my heart was ripped out during that fourth quarter.  I watched Purdue wilt, and even when the Boilers cut the deficit back to seven points, it still felt like the game was over.  But just seconds after scoring that touchdown on a beautiful, quick drive, Irish running back Amir Carlisle coughed up the ball and Purdue suddenly had a chance again.

And that's when I let myself get Purdued again.  Someone needs to add the word to Urban Dictionary.

To be Purdued - to enter a situation with realistic expectations, but to then be given a glimmer of hope which grows into confidence, only for it all to come crashing down in a wave of immense disappointment and failure
see also "Cubbed" or "Bartmaned" (at least I'm not as ill-fated in all my fandoms as Erik, poor guy) 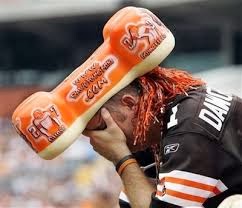 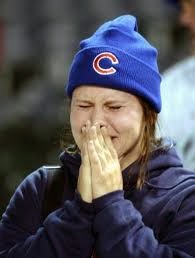 After the fumble, I expected to see Purdue play with the same heart and energy that I enjoyed watching so much in the first half (OK, at the time, I was assuming that's what happened, since I hadn't watched it yet).  Instead we got to enjoy
Did the Boilers play better than I ever expected?  Sure.  Did they simply run out of steam?  Probably.  Did they play that fourth quarter like a dog with his tail tucked between his legs.  Definitely.  That's what made it so hard to watch.

Even with a loss, there were lots of positives from this game - lots of things that could lead to growth and increased confidence for this team:
But the attitude and composure in the fourth quarter showed that we're still at least a year away from a team with the same heart and drive we expected Coach Hazell to instill.  Prove me wrong at Wiscy boys.

Even though this is a recap and not a game preview I still have...