When things look bleak, it's always a good idea to play a bad DI-AA, I mean FCS, opponent, right?  Maybe, but we all know how much success the FCS had against FBS foes last week.  Will Purdue fall into that same trap against Indiana State?

Why Purdue wins
A loss tomorrow means that the program has taken a gigantic step back under Hazell.  I'm talking a step backwards into the Grand freakin' Canyon.  IU put up 73 points on the Sycamores last weekend, and even with an offense that doesn't play to the quarterback's strengths, the Boilers should at least be able to muster enough points for an easy victory.  Add on that Indiana State is missing star running back Shakir Bell who hurt his shoulder last weekend, and the Purdue defense should be able to get the job done.

Why Indiana State wins
FCS teams have to be feeling good after last week's upsets, and you know the Sycamores are going to be playing angry after letting IU score a near-record number of points.  Actually, maybe that's more reason why Purdue will win, not ISU, because they need to punish those fools for letting IU look that good.  But back to why the boys from Terre Haute may win: the Boilers are sloppy and don't seem to be playing with much heart right now.  If ISU can catch some early breaks from turnovers or lackadaisical Boiler effort, maybe they can derail this already struggling train.  And then maybe I'll smash my head through a wall.

As much as I want to pick on a guy named Jeremiah Alphabet, this contest wasn't even close.  Say hello to a lineman who is literally offensive, Paul Patrick. 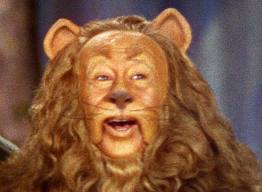 Picks of the week
Purdue is favored by 17.  To keep the trend going of betting things related to our recent reunion at the U.S. Open in NYC, we're betting what we ate for lunch that day.  Exciting, I know.  Maybe next week we'll bet how much we spent on beer, but then again, that could help Erik build an insurmountable lead.

Kirk's Bet
Still feeling burned after last week's disaster, it's hard to bet on the Boilers with such a large spread.  But then you realize how bad Indiana State really is at the moment, and if we can't win by 20, I don't want to live on this planet anymore.  I was less focused on lunch and more focused on watching tennis (I get to eat in NYC way more often than Erik, although the food selection at the Open isn't too bad), so I grabbed a giant hot dog (insert joke here) and a beer (in a commemorative cup, it's apparently now a tradition for me) while I was waiting in the line to get back into the stadium to get a front row seat and my life threatened by John Isner's rocket serves.  A punch to the gut (and that ain't just the hot dog talking), that ran me $16.

Part of me is really disappointed with Erik's prediction, and part of me is simply scared the game might actually be this close.  Erik will be betting his $15 brisket sandwich from Hill Country BBQ (they do some good stuff!).  He also had some short of chocolate peanut butter pie (I know, what a fatty) and a Heineken, so let's say $27 total.

Three Final Things
1. I'm excited to be going to the game on Saturday.  With two small children, it's not too often I can make the trip, but tomorrow will be a special daddy-daughter date as I take my 4-year old.  We went to a game, just the two of us, last year, and when I told her what our plans were this year, the first thing she said was, "Will the cheerleaders be there?"  It might be a long day, but hopefully the Boilers will do enough offensively to keep her attention.  If not, she'll probably wander out of the stadium to find the bounce house set up for the fan fest.  I wouldn't be able to blame her.

2. I know it's football season, but the thing I'm most excited for about Purdue athletics right now is the return of Kenny Lowe!  I loved watching the guy as an undergrad, and now that his pro playing days are over, it's not just good to have him back with the program, but his basketball IQ, defensive expertise, and teaching ability will be huge with current and future Boilermakers.