Where Are They Now - Bobby Buckets


The five months between Basketball and Football season can be kind of dull for Boilermaker fans.  Luckily for you, we're here to quench your thirst of all things Purdue by looking back at (and following up with) one of the worst teams in Purdue history - the 2005-2006 Men's Basketball team. 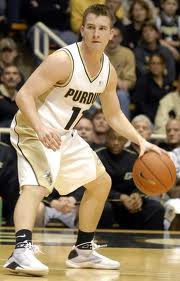 I'll be the first to admit, this series has gotten a little dull.  We're down to the bottom of the barrel for the "worst team ever" edition of Where Are They Now, but that's no excuse.  Especially when the guy I get to profile is a Mackey Arena legend.  I've never seen a walk-on get so much love, ignite a crowd with one shot, and actually play important minutes as much as this guy.  That's right, part nine of this series features Bobby "Buckets" Riddell.

I'm sure you all know the Buckets story already.  Bobby came to Purdue as a walk-on townie, having had a great high school career at Harrison High in West Lafayette.  At 5'9" little (pun intended) was expected of him, but fans love a townie who bleeds Gold and Black.  The 2005-2006 season was Bobby's freshman year, and thanks to all the injuries, attitude problems, and inconsistency on the team, he actually saw some playing time in 20 games.  Although he only averaged 6 minutes per game, he made 46% of his three point attempts (pretty much the only shots he took), and showed fans that he could at least shoot better than your average walk-on.  There wasn't much to root for that season, so it made it even more special to see Bobby amaze and astonish the crowd.

On a personal note, back then my wife worked for Bobby's dad, a local cardiologist, and  he'd light up talking about the games and his son's role on the team.  Talk about a proud papa who was faithfully there at every game. 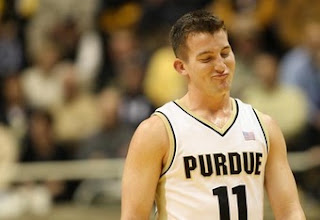 The next two seasons, with a healthy more talented team and influx of Baby Boilers, Buckets saw his minutes decrease as he only really saw action in garbage time.  I'm sure that had to be difficult, but he persevered and continued to work hard in practice to impress the coaches and make the most out of his opportunity.

In his senior season, Bobby saw his minutes increase again as he got more playing time in 27 games.  While some of those minutes were in garbage time, others were at critical junctures.  He shot an amazing 64% that season, sending the Paint Crew into hysterics with every shot.  The highlight of his season had to be his 13 point, 4 assist performance against Penn State on 5 of 7 shooting.  He played more minutes than some of the starters that night and was nearly the team's leading scorer (JJ had 14) in a game the Boilers led by only two points at halftime (after losing by two to Penn State on the road earlier that year).

Enough reminiscing.  What happened to Bobby after his senior season?  As many of you know, Bobby stuck around and served as the graduate assistant during the 2009-2010 season.  After that, he used his Krannert accounting degree to land a job as an auditor at Dauby O'Connor & Zaleski in Carmel, IN.

You can catch up with Bobby on Twitter or LinkedIn, or you can simply attend the alumni game and scrimmage on August 4th at Mackey.  I'll be there, and I'm sure at some point I'll start a Bob-by-Buck-ets chant. 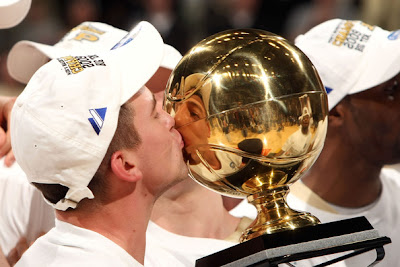 Email ThisBlogThis!Share to TwitterShare to FacebookShare to Pinterest
Labels: Basketball, Bobby Buckets, Where are they now