Where Are They Now - Chris Lutz 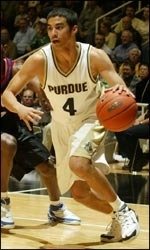 Chris Lutz came to Purdue from Bedford, New Hampshire, via one year at prep school.  Lutz was his high school's all time points leader and a nominee for the 2003-2004 McDonald's All American game yet only boasted a two-star rating from Rivals.  In his freshman season, Lutz was pressed into service as the team's only outside threat due to David Teague's injury.  He started nearly every game logging big minutes and averaged 9.2 points per game, however Lutz had trouble finding his shot, making only 35% of his three point attempts (which were two thirds of the shots he took).  For comparison, Matt Kiefer shot 33% from three point range that season.

Despite those struggles, Lutz had a promising freshman year, although aided by the sheer number of minutes he was forced to play.  He was the second highest freshmen scorer in the Big Ten and was named to the conference's All-Freshman Team.  After firing up so many threes, he made 53, setting a Purdue freshman record (later topped by E'Twaun Moore's 66 in 2007).

Overall, it was a very nice season for a recruit that wasn't expected to have such an immediate impact. I remember working diligently to get my nickname for him, "Triple," to catch on.  Get it, because he makes threes and ice skating puns are cool.  (bonus points for the "cool" pun right there) 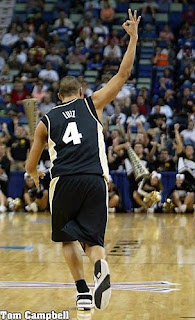 In his second season, however, Lutz really started to make opponents pay for leaving him open behind the arc.  He nailed an amazing 47% of his three point attempts, even surpassing his two-point shot average (ok, so he only took 20 two-point shots all season).  Can you say specialization?  The definite highlight of his season was scoring 16 points in Purdue's first round win in the NCAA Tournament against Arizona.  He hit his first four three-point attempts including three in the first ten minutes despite coming off the bench.  I don't think Purdue wins that game without him.

However, due to Teague's return and the hard work of freshman man-crush Chris Kramer, Lutz rarely started that season and saw his minutes and points per game decline.  This, combined with the incoming Baby Boilers class, caused Lutz to evaluate his situation and decide to transfer in search of more playing time.  The following season he figured to be stuck on the bench behind younger off-guards Kramer, Moore, and occasionally Keaton Grant when he wasn't playing point guard.

I can honestly say, this transfer decision bothered me more than any others of the previous five seasons.  Purdue had turned the corner from the "worst team ever" in 2005-2006 to a talented NCAA tournament team the following season.  Even though the Boilers were losing the incredibly talented Teague and Carl Landry to graduation, the incoming recruits were stellar, and lots of pieces seemed to be in place to give Matt Painter the arsenal he needed to make some noise in the conference.  A player who can shoot 47% from three point range could be used by any team, so it was hard to see Lutz take his skills elsewhere.  You can't blame him for wanting to be more than just a three point specialist though, and as you'll read later, he's continued to improve his all-around game.  I can't really complain with how the basketball team performed after Lutz's departure, but I still like to think he would have made us that much better if he had stayed in gold and black.

Lutz decided to transfer to Marshall, and after sitting out his mandatory year, he became the team's second leading scorer and top three point shooter despite a nagging hamstring injury.  His three point percentage fell back to 37% though, leading some to believe that his stellar sophomore season was more an aberration.  The highlight of his junior season was scoring 37 points against Tulane, including 34 points in the second half.  In his senior season, Lutz was named team captain and led the Herd in minutes played while increasing his three point efficiency to 42%. In 2010 he graduated college at the age of 25.

Fortunately, that isn't the end of the Chris Lutz basketball story!  Being Filipino-American, Lutz moved to Manila and joined the Philippine National Team, Smart Gilas.  Fun fact: at 6'4" (at Purdue he was listed as 6'3"), you're apparently a small forward in the Philippines. 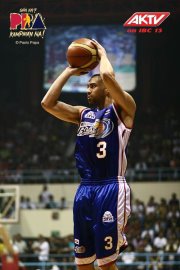 Lutz has proven to be an integral part of the team, putting up 15 points and 10 rebounds in his first game November 25, 2010 against the basketball powerhouse of North Korea, but also scoring 12 points against far lesser teams like the US squad featuring Kobe Bryant, Kevin Durant, Derrick Rose, and Chris Paul.

After that great debut in the Philippines, Lutz entered the PBA draft (this one, not that one), was selected third overall, and began playing professionally last Fall for the Patron Blaze Boosters.  PBA basketball, where you see headlines like, "Petron Dumps Powerade," and it's referring to two sports teams.  Lutz is playing alongside former NBA player Eddie Basden and against other "imports" like Rashad McCants while averaging 17 points per game on 43% shooting (which aren't all three point attempts as he now has the skills to drive into the lane more). Just as Lutz's field goal percentage fluctuates yearly, so does his height; he's sometimes listed at 6'1" (the heat there must counterintuitively cause shrinkage).  I also find it interesting that Lutz has turned into a defensive stopper for his team, so maybe some of that Matt Painter coaching has paid off.

Check out Lutz getting the hero treatment in the Philippines:


It's great to see Chris Lutz having terrific success and still excelling at the sport he obviously loves.  I deeply wish we had the chance to enjoy his career a bit longer in West Lafayette, but it's refreshing to see a transfer really work out for a student athlete.  If you want to reconnect, you can find him on Facebook and Twitter (14,000 followers!). 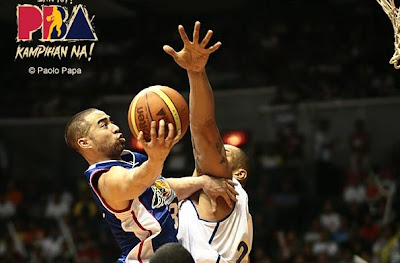 Since we're working our way through the team in order of each player's points per game, I didn't realize going into this process that the first five posts would only feature one player who actually ended his collegiate career at Purdue. We knew this series would be depressing, but c'mon!  Stay tuned for our next installment though, because it features a big man who did actually exhaust his eligibility at Purdue, albeit in only two years.
Tweet
Posted by Kirk at 2:46 AM

Email ThisBlogThis!Share to TwitterShare to FacebookShare to Pinterest
Labels: Basketball, Chris Lutz, Where are they now