Power rankings suck right now.  The only realistic way IU loses the Big Ten regular season title is if Wisconsin wins out (which is totally possible since three of their final four games are likely wins) and Indiana loses two of its last four.  I don't see any way Michigan State creeps back into the race with their next three games being against ranked opponents (two of which are on the road). 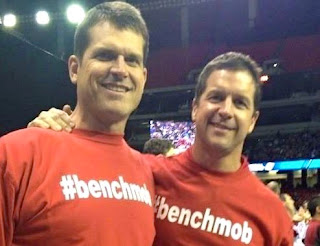 Beat Nebraska, blew it against IU

Lost badly at home to Illinois and Wisconsin.  If not for their win against Purdue they'd be on a seven-game losing streak.

Destroyed by IU and then had the week to sit and think about how bad they are.  If not for the fortunate scheduling break of a Penn State game, they'd be on a six-game losing streak, so despite how bad Northwestern is looking right now, I still can't move Purdue up a spot, but that could change after this weekend.


Lost be single digits at Illinois and Michigan (if that can be seen as a moral victory)
Tweet
Posted by Kirk at 11:11 AM