If David Boudia's bronze medal in synchronized diving warrants a post, you better believe another Boilermaker alum winning bronze does, too.  Former soccer star Lauren Sesselmann (2005) and the Canadian women's soccer team won against France today 1-0, and even though she's playing for Canada (acquiring citizenship in 2010 through her father), we're still quite proud.  Especially since the US women's team beat Canada to get to the gold medal game (which SPOILER ALERT, they won today 2-1 over Japan).  If Canada had topped the US in the semi-final, it would have been a lot harder to write a celebratory post for Sesselmann.

She played the entire match for five of the team's six games as a defender, helping them post three shutouts, including in the bronze-medal game. Consider me impressed.  You can read some posts she wrote for the soccer blog Pitchside Report, that give you a little background on what she's been up to since graduating and her time with the Canadian team.  Congrats Lauren! 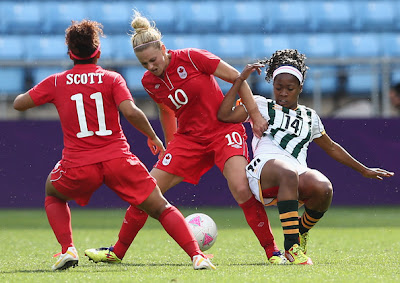 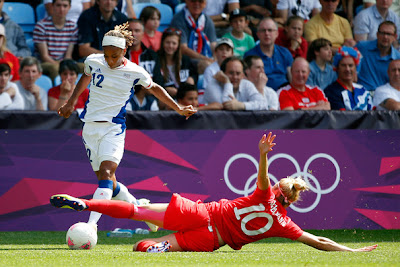